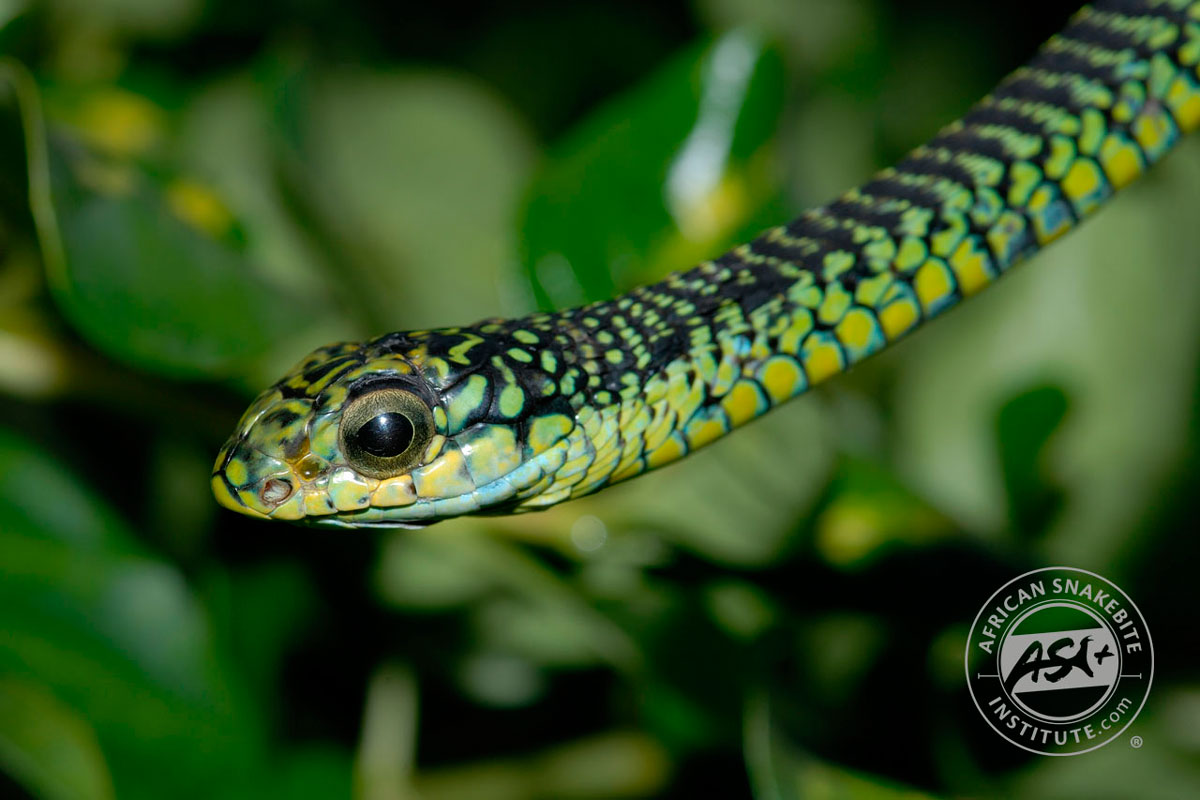 We have had a resident Boomslang snake living the Lodge in Melozhori Private Game Reserve until quite recently, affectionately known as “Groenie”. To date, said snake has been the source of much fun as our guests have been thoroughly entertained by his presence. However, we made the decision to relocate Groenie for the sake of safety – both his and our guests. Our Reserve Manager, and in-house snake handler, relocated Groenie safely to his new home in the bush.

A Boomslang is a venomous snake that belongs to the colubrid family. The species can typically be found in sub-Saharan Africa. Boomslang inhabit grasslands, savannas and open areas with isolated trees and bushes, where they like to hide. People avoid contact with these snakes because of their strong venom. These snakes are not on the list of endangered species and their population in the wild is large and stable. Here are some interesting facts for you to have in your safari knowledge bank:

– Boomslang can reach 3 to 5 feet in length and a weight between 0.4 to 1.1 pounds – this roughly correlates to 0.9 – 1.5 metres and 181 – 500 grams.
– Females are brown in colour while males are brighter and covered with green scales that have black or blue edges. Belly can be yellow, grey-ish or light brown in colour.
– Boomslang have large, yellow coloured eyes with round pupils. They possess excellent eyesight and the ability to detect even a     motionless chameleon.
– They are diurnal species meaning mainly active during the day.
– The name “Boomslang” is a local name (in South Africa) that translates to “tree snake”.
– Boomslangs are arboreal (adapted to the life in the trees) but occasionally descend to the ground to find food.
– Did you know that this particular snake is carnivorous (meat-eater)? Its diet is based on birds, arboreal lizards and rodents.   Boomslang also visit the nests of sociable weavers to collect eggs.
– Boomslang are a rear-fanged snake (their fangs are located at the back of the jaws). Unlike other rear-fanged snakes, they have large fangs and can stretch their mouth to 170 degrees during an attack and then inject venom in a stabbing motion.
– Unfortunately, the bite of Boomslang can be fatal for humans. First signs of envenomation appear a few hours or even a day after being bitten. Venom induces internal bleeding that leads to death if the person does not receive an anti-venom.
– Despite having potent venom, these snakes rarely attack humans and will try to escape before biting – an incident usually occurs if they have been cornered. A Boomslang also has an attack ‘tell’ and usually inflate their neck, exposing its black-coloured skin and forms an S-shape before attacking.

– Mating season takes place from July to October. Males aggressively fight with each other to establish dominance and get the opportunity to mate.
– The female lays 10 to 25 eggs inside hollow trees and logs or beneath decaying vegetation and incubation lasts 65 to 100 days.
– Hatchlings are 12 inches long at birth, grey or brown in colour and covered with dark and light bluish dots on the dorsal side of the body. A yellowish or pinkish belly is covered with brown spots. Their eyes are large and iridescent green. Young Boomslangs have a prominent vertebral stripe that will vanish before they reach adulthood. Boomslang reach sexual maturity at the age of 2 to 3 years.
– Boomslangs can survive for around 8 years in the wild. 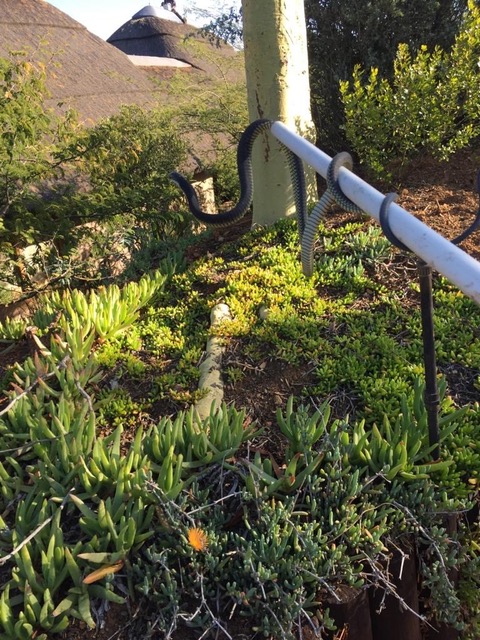 Hopefully, these facts will help you to identify a Boomslang snake in the wild and that admiring them from a safe distance is always best!

We look forward to welcoming you back to our now Groenie-free Lodge again soon!