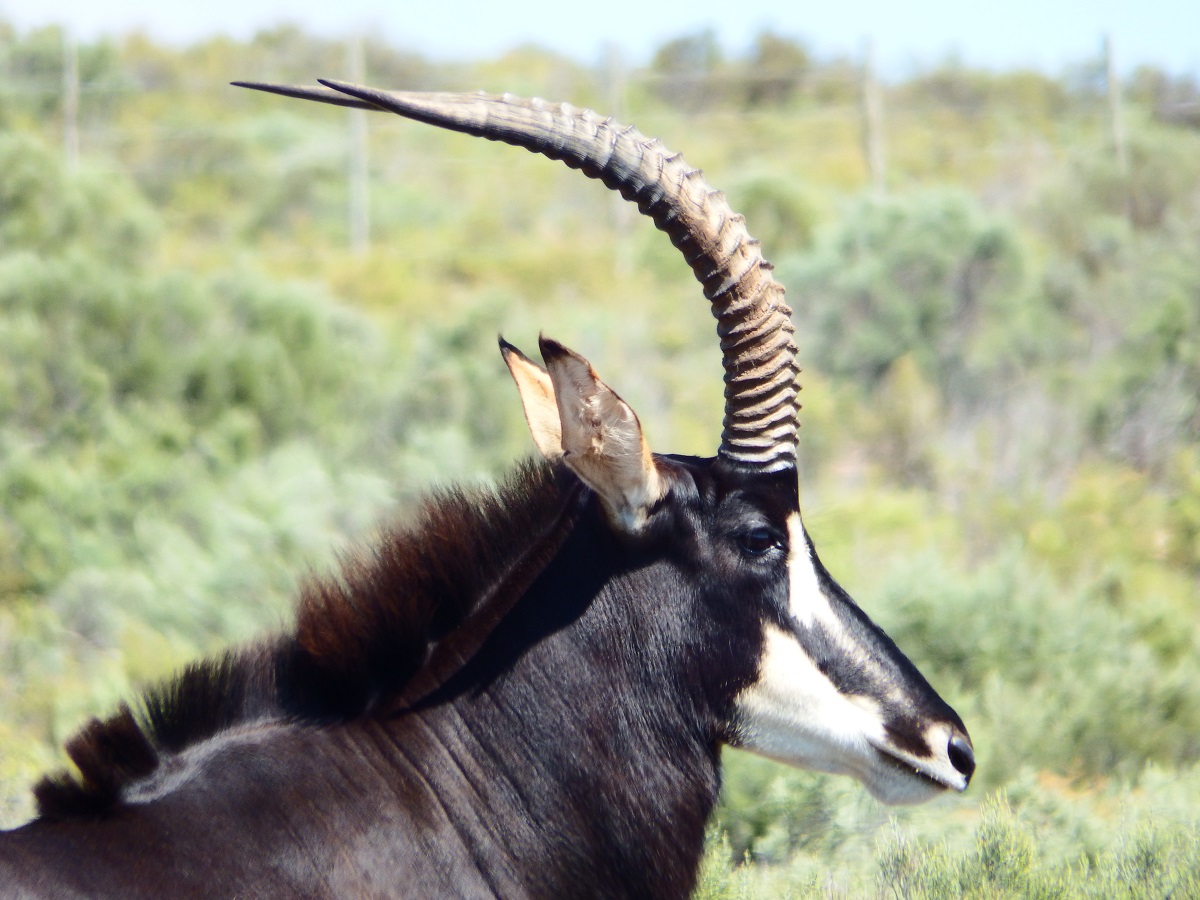 In 2018 Melozhori added another species to the reserve in the form of Sable Antelope. These animals were bought and kept in a 50-hectare breeding camp to give them time to adapt to the vegetation, climate and ensure that each breeding pair would start breeding successfully. The first Sable babies were born at the end of 2018. The animals were recently immobilised and successfully released onto the reserve.

“We are thrilled that these animals will now also roam freely on the reserve. They have adapted well to our climate and vegetation and with our first calves doing extremely well, we look forward to seeing them on the reserve. We are proud to say that we are the only reserve in the surrounding area that now has these beautiful animals to observe” Melozhori Reserve Manager Coenraad Nell said.

The Sable (Hippotragus Niger) is best known for its majestic horns, some 100 to 165 centimetres long. The horns are beautifully ringed and rise vertically, then sweep backwards in a magnificently pronounced curve. The antelope is stout and barrel-chested with a short neck and a long face and can weigh up to 238 kilograms. Sables have a stiff mane running down the top of the neck onto the shoulders. The general colour varies from a chestnut brown to a rich black, with white underparts and facial markings. Females and juveniles are lighter in colour than the males, which begin darkening and turning black after three years. The gestation period for the Sable is 8 to 9 months, and there are around 7000 Sables in South Africa.

This antelope is not endangered, unlike the Royal or Giant Sable which is mostly found in central Angola. We would love to welcome you to Melozhori Game Reserve. With 2,300 hectares of breath-taking panoramic landscapes and uninterrupted views, this beautiful Lodge can be booked exclusively for family holidays, boutique weddings or small groups. Enjoy private game drives at your leisure under the expert guidance of our guides with their vast knowledge of the wildlife and protected Renosterveld vegetation.